Good food and good wine bring us to the table to build relationships and to shape neighborhoods. A meal shared is an intimate experience, one that creates memories and empowers communities. 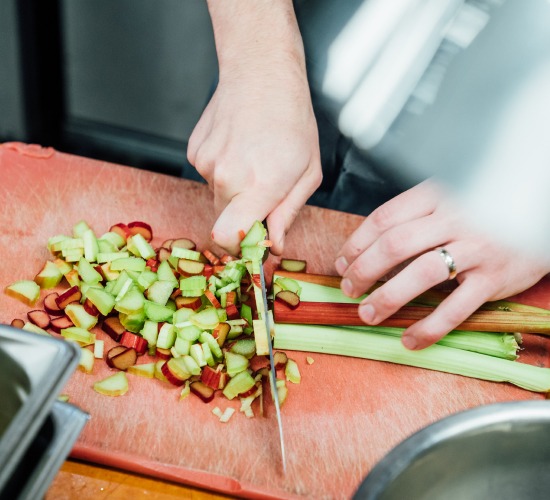 Our team honors the farm and the farmers, the vineyard and the winemakers. We’re passionate about using ingredients that are local, high-quality, sustainable, and seasonal. Many are sourced from local favorites like Louise Earl Butcher, Motor City Seafood, Visser Farms and Green Wagon.

Our team offers the highest level of hospitality in West Michigan. We celebrate good food by forming connections with our farmers, our guests, and one another. We’re a passionate team who genuinely enjoys what we do and counts it a privilege to serve you. 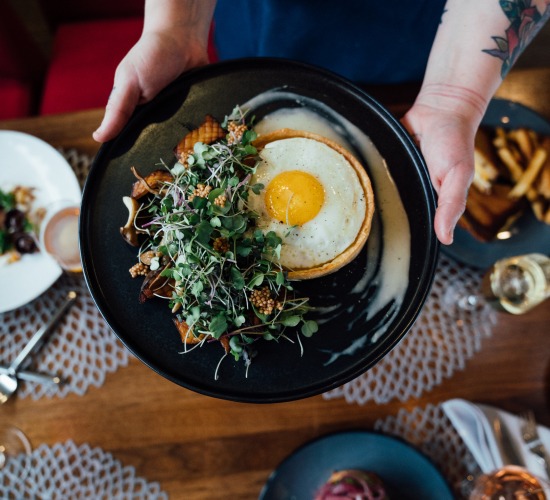 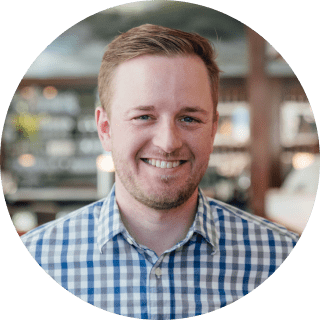 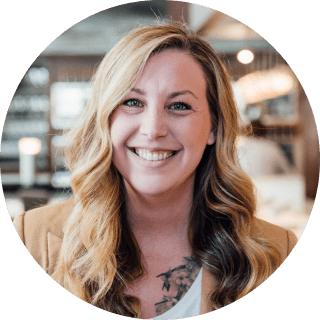 Part of the Reserve team since day one, Peter joined us in 2010 after returning to his home state from Chicago. While in the Windy City, he worked his way up the ranks within Levy Restaurants, and came on board at Reserve as one of our opening managers. A cork dork at heart, he immersed himself in wine studies, reading and tasting all he could. The work paid off as he quickly earned the Certified Sommelier title from the Court of Master Sommeliers. Peter has grown our wine cellar to its world-class reputation, and in his dual role as GM and Head Sommelier, is integral in the growth and evolution of the restaurant. He and his wife Carmen live in the Breton Village neighborhood of Grand Rapids.

One of Detroit native Megan Knapp’s earliest memories is of playing “waitress” with her grandfather, taking his coffee and cookies order as he sat at her tiny café table. That endearing memory led her to a career in hospitality, working over the years in kitchens, and as a host, server, bartender and manager. At Reserve, Knapp’s goal is to continue to further her and her colleagues’ education, continuing to learn, teach and grow. She finds the common ground of sharing an exquisite meal paired with a great wine one of her favorite things to do and when not at Reserve, Knapp can be found studying for her sommelier exam, perhaps drinking a glass of Champagne while doing so. She and her family live in the East Hills neighborhood. 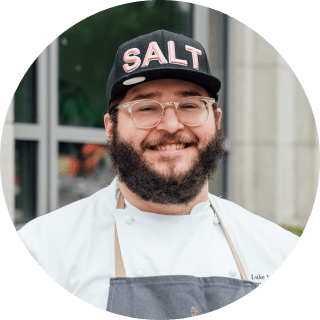 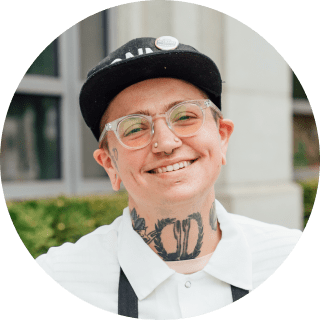 Luke, a Grand Rapids native, started working in professional kitchens as a teenager and has never looked back. He quickly moved up the culinary ladder, finding his way to Reserve in 2012. Here he is able to hone his craft, focusing on whole animal butchery and charcuterie and is a vibrant supporter of locally grown and responsibly raised product. Luke sees everyday as an opportunity to grow and innovate, both personally and on the plate. He lives on the West Side and when not in the kitchen, loves to get out for a long motorcycle ride.

Born in Ann Arbor, Miriam Geenen learned from the best – Mom. Her mother had worked in a bakery and passed on her love of breadmaking to her daughter. After moving around a bit, Geenen settled in Nashville post-college, working in a restaurant where she was lucky enough to have a mentor who guided her onto a new career path. She relished the creativity she found in the kitchen, and after returning home to Michigan began working at area favorites Trillium as sous chef, and Louise Earl Butcher, where she created the monthly Butcher Dinners. In 2018, she joined the Reserve team, and just like she remembers the smell of baking bread in her childhood home, she hopes to elicit similar warm memories with her guests. With a style that is modern yet simple, she favors interpretations of dishes that have been passed down over generations and is heavily rooted in the traditions of the South. When not in the kitchen, Geenen loves to get out in nature and lives in the East Hills neighborhood of Grand Rapids. 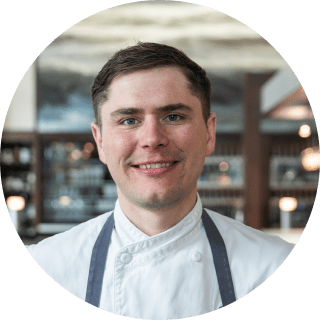 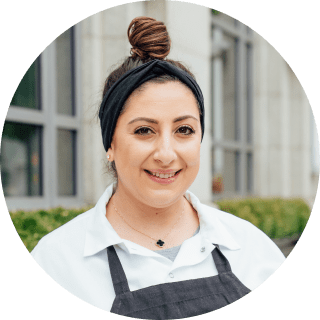 Born in Kalamazoo, Trevor developed an affinity for cooking at an early age. He eventually parlayed that interest into a career, attending culinary school in Miami, FL before heading back to West Michigan. Trevor had a brief stint at Reserve in 2013-14 before moving to California’s Central Coast. Trevor honed his craft at Aubergine Restaurant, where he worked as Sous Chef, helping the team gain a coveted Michelin Star in 2019. In early 2021, Trevor returned to the Mitten State, and felt a natural pull to come back to Reserve. When not at work, Trevor enjoys going on adventures with his wife, Rachael, and daughter, Sadie, around their home in Grand Rapids.

Growing up in her family’s restaurants in Grand Rapids, cooking and being in the kitchen is second nature to Rawan. After finishing her degree in psychology from Grand Valley State University, Rawan found that she really didn’t want to leave the kitchen; she enrolled at Secchia Institute of for Culinary Arts to refine her skills in the kitchen. Shortly after graduating that program she joined Reserve as a prep cook and took over our hand made pasta program. Looking to continue her growth, Rawan took over Reserve’s pastry program in 2019 as the full time Pastry Chef. Having immigrated from the Middle East as a young child, she often taps into that region for inspiration for her desserts and dishes. When she’s not working, she has a passion for travel and draws influence and knowledge from the places she has visited. 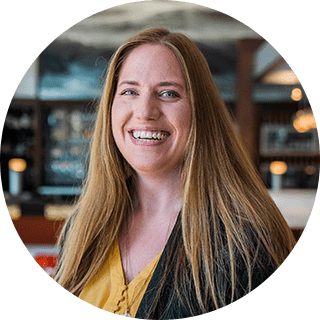 Jessica grew up in Walker, Michigan and spent most of her life working in restaurants, both in front and back of house. Her years of experience in the hospitality industry have prepared her for a fast-paced, service-oriented position. Most recently she spent 4 years coordinating catered events at hotel venues. Jessica earned her degree in Culinary Arts from the Secchia Institute of Culinary Education. She is a first level Sommelier and looks forward to growing her wine knowledge at Reserve. She appreciates the friendliness and professionalism of the Reserve team, and we are grateful for her positive attitude and expertise.

Reservations are not required, but we’re always happy to save your seat. Secure a spot for your next visit by making a reservation here. 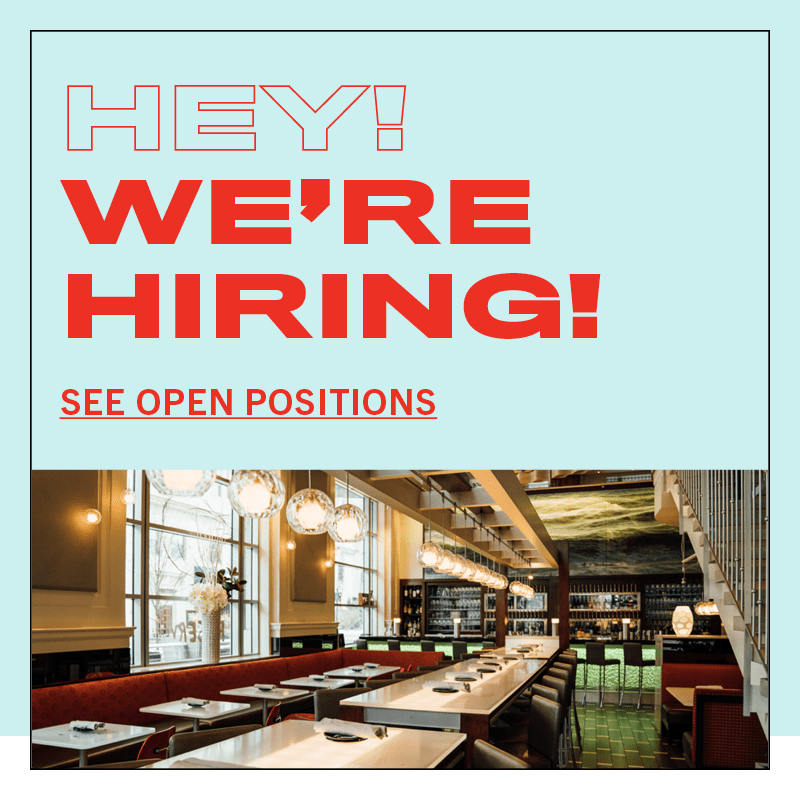